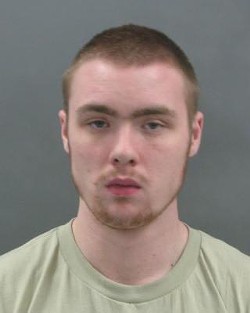 A south city man accused of intentionally causing a collision that killed a passenger inside his vehicle is back in St. Louis after being arrested earlier this week in California.

According to St. Louis police, 21-year-old Arron Herring was arguing with a passenger in his Ford Explorer last July when he ran a stop sign and plowed into another vehicle at the intersection of Holly Hills and January.

Police say Herring initially told investigators that he ran the stop sign because he was distracted while arguing with 21-year-old Ashley Brenner.

However, police say Herring later admitted being so angry with Brenner that he intentionally caused the accident that threw her body from the vehicle. Brenner, of the 200 block of Union in south county, died of her injuries.

A warrant for Herring's arrest was issued April 11. On Wednesday of this week Herring, of the 700 block of Bates in south St. Louis, was found and arrested in Marysville, California. He's now back in St. Louis and being held on a $250,000 cash-only bond on the charge of involuntary manslaughter.