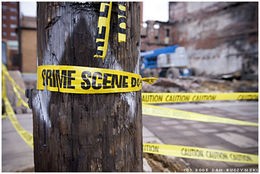 The Center for Disease Control and Prevention is out with a new study of gun violence in America that shows youth ages 10-19 in St. Louis are three times more likely to die from a bullet than the national average.

Only New Orleans with 59 slayings of minors during those two years (106 fatalities per 100,000 residents) scored worse. See a full list of cities, and their scores, at cdc.gov.

This report somewhat mirrors are own analysis the last couple years in which Daily RFT has kept tabs on the number of juveniles murdered inside city limits. Here are the results for 2010 and 2009.

H/T: Post-Dispatch, which announced the study earlier this afternoon.