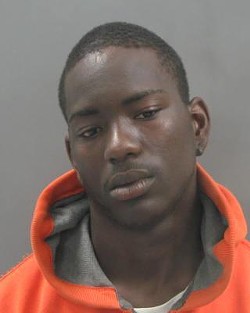 Police believe that Reiter was killed when he interrupted a burglary at his neighbor's home in the 5000 block of Idaho.

In addition to the murder charges, Paul is charged with armed-criminal action and attempted burglary. He's being held without bond. Paul lives in the 3500 block of Bamburger -- about two miles north of Reiter's neighborhood.

Court records show that Paul pleaded guilty in St. Louis Circuit Court last October to a felony robbery charge and misdemeanor assault charge. He received a three-year suspended sentence for the robbery and 180 days in jail for the assault. He must have gotten out early, though, because in April he was charged with another crime: misdemeanor theft of an item less than $500. That case remains open in St. Louis Circuit Court.