May 11, 2011 at 10:32 AM
comment
The Kenneth Hall Regional Hospital in East St. Louis will close within the next three to four months. 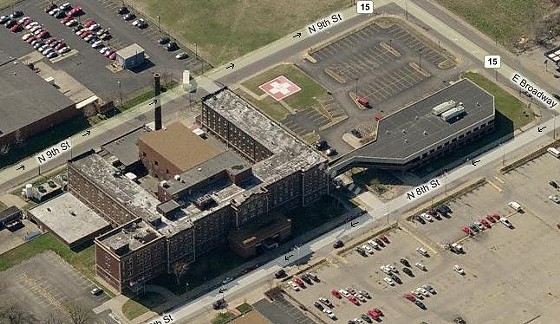 The Illinois Health Facilities and Services Review Board voted to shutter the hospital yesterday. The facility -- founded in the 1890s -- had operated as St. Mary's Hospital until 2004, when its name was changed to Kenneth Hall. The hospital has been losing $5 million a year and currently has just 39 beds for mental health patients, plus a non-trauma emergency room.

In 2008 the hospital formed a partnership with Touchette Hospital some 4.5 miles away in Centreville, which handles more complicated health services for Kenneth Hall. East St. Louis Mayor Alvin Parks tells the Belleville News-Democrat that he's saddened, but not surprised, by yesterday's vote to close his city's only hospital. Parks is hoping to soon replace the hospital with an urgent care center for East St. Louis.