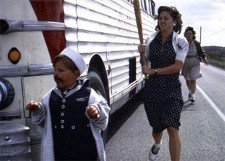 Well, that might be the philosophy one Illinois lawmaker, who suggested yesterday that parents of obese children should perhaps lose their $2,000 state tax deduction.

As the Post-Dispatch reports, state Senator Shane Cultra, a Republican of Onarga, suggested that loading up junior with too many donuts is not only irresponsible, but legitimate cause for a $2,000 penalty.

Because cutting a family's budget would of course cut down on the need to patronize the McDonald's Super Value Menu.

Cultra quickly backtracked from the comment by posting a statement on his website, suggesting that he was simply making a tongue-in-cheek joke.

"I certainly regret my choice of words in the recent debate on Senate Bill 396. It was a tongue-in-cheek comment taken out of context -- and should not be taken seriously. I am sensitive to the need to reduce childhood obesity. But I don't believe a new tax one everyone who buys juice, soda and energy drinks will accomplish the goal. Parents have to take some responsibility."

The Post-Dispatch report has since been updated with Cultra's statement, along with the following observation: "It should be noted that no one in the committee room yesterday laughed during or after Cultra's comment."

One in five Illinois children is obese. The Senate has been debating ways to address the problem.

We placed a call to Cultra's office and will update you if he has anything more to say.