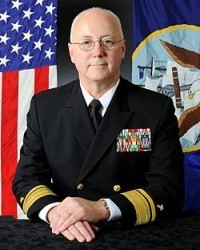 The Navy has reversed course on its momentous decision to allow same-sex civil unions to be performed by chaplains on bases. And it's thanks in part to Missouri's own U.S. representatives Todd Akin and Vicky Hartlzer, plus 61 of their colleagues. As Chad Garrison reported yesterday, Akin drafted a letter saying that the policy violated 1996's Defense of Marriage Act.

Earlier this year, President Barack Obama repealed Don't Ask, Don't Tell, the military's "compromise" ban on openly gay troops signed into law in 1993 by President Bill Clinton. Then, last week, the Navy released a memo saying that in states where same-sex unions are legal, chaplains would be allowed to perform the unions at chapels on bases, and could receive training on doing so.

But, thanks to the controversy and this letter, Rear Admiral Mark Tidd, the Navy's head chaplain, has released another memo, saying that the new policy has been "suspended until further notice pending additional legal and policy review and interdepartmental coordination."

The original decision didn't force chaplains to perform the ceremonies -- they were free to opt out. And such ceremonies could only be performed in states where such unions were legal anyway, and only after the full repeal of the Clinton-era policy went into effect later this summer.