MoDOT Proposes Cutting 1,200 Jobs; Would Save a Half-Billion Dollars If Approved 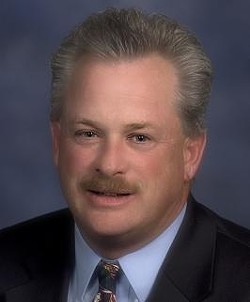 This week the director of the Missouri Department of Transportation, Kevin Keith, announced his intention to reduce the size of the agency by 1,200 jobs. Keith also proposes cutting 135 MoDOT facilities and selling some 740 pieces of equipment.

The Missouri Highway and Transportation Commission still needs to sign off on the deal next month. It's unlikely they'll propose many changes. The commission, after all, has pushed Keith to find ways to cut costs from the agency that, as recently as last year, employed 6,300 salaried employees.

In a message to the media today, Keith stated that the downsizing will save the agency $512 million by 2015 and go toward "vital" road and bridge projects across the state. The cuts are necessary as federal funds begin to dry up.

"Our construction program has gone from averaging $1.2 billion over the past five years to half that amount now and in the coming years," said Keith. "Our operating costs are rising dramatically. And, there's no good news in sight. Gas is approaching $4 a gallon. Congress has made no progress on establishing a long-term federal highway bill, leaving states uncertain about their funding future. The federal Highway Trust Fund, which pays for many state road and bridge projects, is insolvent. And there is absolutely no public interest in raising revenue for transportation."

Since last March, MoDOT has already reduced its workforce by 340 employees and, in so doing, saved $64 million. Keith says the direction of his agency over the next five years will be on maintaining existing roads with few new construction projects.

"We aren't proposing these changes lightly," said Keith. "We know they will be personal and painful for many people. It isn't what we want to do, but it's the right thing to do. It won't be easy, but it's a matter of survival."

Over the next month MoDOT will conduct briefings around the state allowing residents to listen and comment on the proposal.