Mark Petty and Maurice Willis: Gunned Down in Broad Daylight 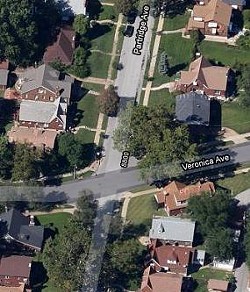 St. Louis police report that 40-year-old Mark Petty and 39-year-old Maurice Willis were engaged in a conversation near the intersection of Veronica and Partridge avenues around 1 p.m. when an unknown gunman approached the pair and began firing.

Petty, of the 6600 block of Etzel in north county, was shot in the head and pronounced dead on the scene. Willis, who was seated inside a vehicle at the time, was shot several times, including once to the head. He was pronounced dead yesterday afternoon at an area hospital. Police say Willis lived in the 6300 block of Ridge.

Police report that a suspect -- described as a black male with light complexion -- jumped into a white car and fled the scene. An investigation is ongoing.

Petty and Willis are the 38th and 39th homicide victims in St. Louis this year. By this time last year, St. Louis had at least 42 murders.