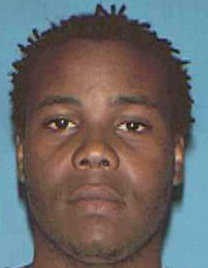 A saga that began more than two years ago in a Sauget parking lot moved one step closer to resolution last week.

On Wednesday a jury in St. Clair County found 21-year-old Lason Elliot of St. Louis guilty of first-degree murder in the March 2009 killing of Martin Lampe. Lampe, 22 of Maplewood, was waiting for friends outside a Sauget convenience store when Elliot walked up to him and fired two quick shots into his stomach. Elliot then threw Lampe from the Chevrolet Impala he was sitting in and took off.

Two days later police found the Impala -- minus its expensive custom wheels -- abandoned in north St. Louis. It would take another five months before they would capture Elliot in a raid in south St. Louis.

As the Belleville News-Democrat reports, friends and relatives of Elliot caused a scene immediately following the verdict last week.


Moments later several of the defendant's relatives appeared overwhelmed with grief, and their yelling and wailing could be heard throughout the five-story building as at least a dozen bailiffs and other officers attempted to control the scene outside the fourth-floor courtroom.

Elliott's family engaged in sometimes angry confrontations with officers. One of the defendant's relatives yelled at the courthouse's Head of Security Scott Battoe, who was telling relatives to calm down or leave the building.

"Shut up, nobody is talking to you," she said. Later, she was seen being led away in handcuffs.

Elliot will be sentenced June 15.