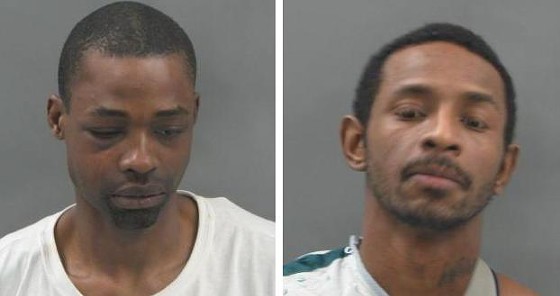 Two inmates escaped from the St. Louis Justice Center around 7 a.m. today. One of the inmates, Vernon Collins, made headlines last month when he allegedly stabbed a victim and then wrestled a gun away from a St. Louis police officer and shot him.

Police describe the inmates as:


The men were believed to be wearing white T-shirts and shorts and white tennis shoes when they made their escape. Anyone who sees and/or has information about the suspects are encouraged to call 911.

The Justice Center, at 200 Tucker Avenue in downtown, is operated by the city's Department of Public Safety.