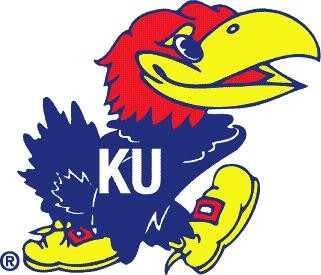 We're guessing that Donald Watson is a Mizzou fan.

Why? Because he's comfortable in his own skin, and he just pulled off the biggest insult ever to a Kansas Jayhawks fan.

Watson, 45, was arrested Wednesday after police received calls of a naked man walking through back yards in Springfield, Missouri. But by the time the cops arrived to the scene, the suspect was no longer outdoors -- and no longer naked. He had broken into a home and was hiding in the attic. Covering his body was an ill-fitting outfit decorated with the Kansas University Jayhawk.

Where did he get the duds? Jason Chambers, who just moved out of the home last weekend, tells the Springfield News-Leader that he wore his "lucky" KU shorts and shirt for every game of the team's 2008 championship run. Afterward, he tacked the outfit onto the wall. He was planning to go back to the home this weekend to pick up the coveted clothing.

"It was the last thing I had in the entire house that I cared about," he says.

Now Chambers isn't sure he even wants the clothing, bloodied and ragged as it is following Watson's run-in with a police dog.

But perhaps there's a happy ending to this tale after all.

Yesterday the News-Leader ran a follow-up on Chambers' sad story. And, as it turns out, officials at KU had heard of Chambers' woes and were sending him a care package of new Jayhawks memorabilia.

"We felt sorry for Jason, particularly since his clothes were desecrated in the manner they were," said Jim Marchiony, associate athletics director at KU.