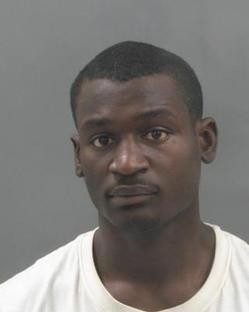 Police say that their investigation revealed "the attack was part of a game which involves unprovoked attacks on innocent bystanders." Murphy was allegedly one of four people involved in the assault on the Nguyens, which occurred around 10:30 a.m. April 16 in an alley near the couple's apartment in south city. Murphy's accomplices, described as two females and a male, remain at large.

The Nguyens immigrated from Vietnam to the United States just three years ago to be near their children. Yen Nguyen has since left the St. Louis apartment she shared with her husband to live with family in the safer confines of the suburbs, according to reports.

Court records show that Murphy, of the 5400 block of Geraldine Avenue in north St. Louis, has been arrested numerous times on misdemeanor charges for "violating rules and regulations of rapid transit car, bus or other conveyance." He pleaded guilty to such charges in October and November of last year and again this March. Last month, he was arrested for a fourth time on the same charge but had not yet gone to court.

Murphy is being held without bond for the assault on the Nguyens.