Our rivers are teeming with monsters!

That's what we fear, at least, after learning that "extreme angler" Jeremy Wade is coming here next week to shoot an episode of his Animal Planet show, "River Monsters."

The show features Wade taking on "the world's largest, strangest and most dangerous fish." In the past, that's included electric eels -- as well as scaly gill breathers with horrifying names like "The Mutilator," "The Silent Assassin," and "The Chainsaw Predator."

So what really is lurking in those muddy Mississippi River depths? We're not sure, but we're really hoping the fearless Wade doesn't pull out one of these babies: 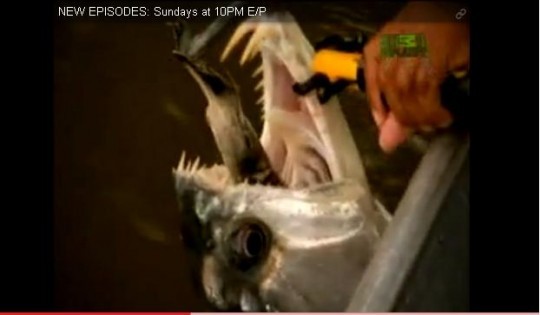 Check out this video for more of what we hope not to see emerging from the Big Muddy next Wednesday.