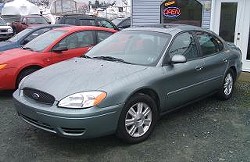 The Missouri Insurance Information Service reports that 15,640 vehicles were stolen in Missouri in 2010. Nearly half (47 percent) of those vehicle thefts occurred inside the borders of St. Louis and Kansas City.

The good news? The number of cars stolen in those cities was down slightly in 2010 -- as was the case throughout Missouri. St. Louis had 4,263 auto thefts in 2010 (representing 27 percent of statewide thefts), compared to 4,962 cars stolen inside the city in 2009, according to police department data. Kansas City had 3,150 vehicle thefts in 2010.

In 2009, some 17,751 vehicles were stolen in Missouri, while in 2008, the number stood at more than 20,000. The Missouri Insurance Information Service did not provide an explanation for the significant decline in auto thefts over the years, although new technology has made cars more difficult to steal.

Following is a list of the ten vehicles most often stolen in Missouri: