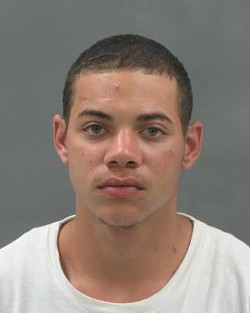 St. Louis prosecutors have charged 21-year-old Chickory Griffin in Saturday's assault on a police officer in the Delmar Loop.

Griffin, of the 700 block of Ruggles in north St. Louis County, was among a mob of some 100 youths who police were trying to break up near the Delmar MetroLink station. Griffin is accused resisting arrest and assault on a law officer -- both are felony charges.

Following a host of complaints about unruly youth in the Delmar Loop last weekend, University City and St. Louis officials this week vowed to increase police presence and enforce curfews in the district. Of course, the existing curfew of 9 p.m. for people 16 and under in the Loop would not have applied to Griffin.