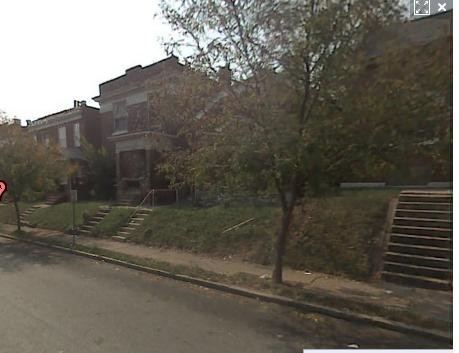 Responding to reports of a string of armed robberies in north St. Louis just before midnight last night, the St. Louis Metropolitan Police Department faced gunfire from one suspect -- and shot another in the lower back.

The suspect's injury does not appear to be life-threatening, the police department says.

Police say they received reports of three separate incidents of armed robbery near the city/county line in north St. Louis. When officers in an unmarked car began tailing vehicle they believed to be involved, one man leapt out of the car around the 4800 block of Sacramento, got behind a tree and opened fire before fleeing the scene.

Another man who'd been in the same vehicle fled the car around the 4800 block of Maffitt, which is just southeast of North Kingshighway and St. Louis Avenue. When the man pointed his gun at the officers and refused to drop it, one of the officers -- a 13-year veteran of the department -- opened fire, wounding the man.

According to department procedure, the officer, who is not being named at this point, has been placed on administrative leave.

The man who opened fire on Sacramento was apprehended in the 4600 block of Natural Bridge Road, attempting to sell a gun to bystanders. (Smart!) The department is now seeking to determine whether it was the same gun used in the attempting shooting of the officers earlier that night.

A third man was treated for injuries after "numerous attempts to resist arrest." He has been released from the hospital, according to the police department's news release.

A fourth suspect is still at large. We'll have more on this story as it develops.