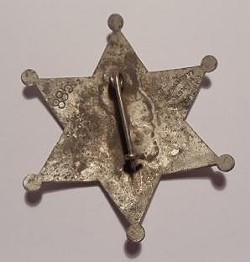 According to prosecutors, a person cooperating with the FBI, identified only as R.O., met with officer Haenel on several occasions between November 2010 and January 2011. At one of those meetings, R.O. paid Haenel $5,000 in cash (which had been provided by the FBI as part of the investigation) in exchange for Haenel agreeing to assist R.O. in a money-laundering scheme involving drug trafficking money.

A police officer with Bridgeton at the time, the 38-year-old Haenel also agreed to assist R.O. by using his position as a police officer to help conceal the illegal activity.

In January Haenel learned that DEA agents and St. Charles police officers were investigating R.O. for money laundering and were going to R.O.'s residence to attempt a search. Haenel admittedly tipped off R.O. about the search and advised him to get all of the money out of the residence before officers arrived.

"Scott Haenel betrayed the public's trust, but his actions by no means reflect the integrity of his colleagues," said FBI agent Dennis Baker in a statement today. "We appreciate the Bridgeton Police Department's full cooperation in rooting out such corruption."