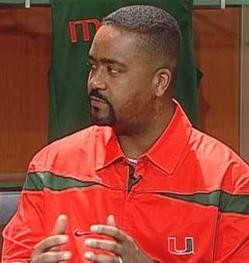 Just eight days into his job as the new head coach of the University of Missouri basketball program, Frank Haith committed his first official foul when he violated an NCAA rule.

The infraction -- a minor one that probably won't lead to any penalties -- came earlier this week when Haith confirmed via a text message to a Kansas City reporter that star recruit Otto Porter of Scott City was passing over Mizzou for Georgetown. A lost recruit and an NCAA violation all in one week?