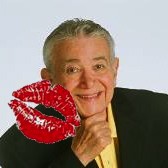 Gossip columnist extraordinaire Jerry Berger has found one more place to hang his hat on the Internetz. After a five-year absence from "columnizing," the former society-set scribbler for the Globe Democrat and Post-Dispatch returned to his craft in 2009 when he founded his website BergersBeat.com.

Now, beginning this Friday, Berger will also pen a weekly online column for St. Louis Magazine. Berger tells Daily RFT this morning that he and the magazine's editor, Jarrett Medlin, had been kicking around the idea for about six months.

In February, St. Louis Magazine profiled Berger in a long piece about his career. Frankly, though, the only thing we remember about the article was Berger's confession that he was once a male prostitute. Yowzer!

The 77-year-old Berger says the column for St. Louis Magazine will feature new gossip, sightings and tidbits that don't appear on BergersBeat.com, which he plans to continue publishing for the foreseeable future.