So Much For That New, Loveable La Russa; Cardinals Manager Gets Pissy After Six Games 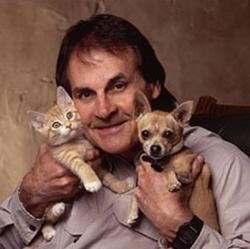 When he re-signed with the Cardinals last October, Tony La Russa vowed to be more "loveable" in 2011, following criticism that he often acted like a haggard, old sourpuss when addressing the media -- especially during post-game interviews.

Now, just six games into the season, La Russa seems to have forgotten that pledge. During Wednesday's post-game press conference, the Redbirds' manager snapped at reporters and then stormed out of the room when asked a few times about the team's lack of offense this year. The Cardinals have lost their first two series of the season and have scored no more than three runs in any one game.

Below is La Russa's response to the final question before walking away from the dais. The text, however, doesn't reflect La Russa's bitchy demeanor. For that, you got to check out the video clip over at Fox Sports Midwest and then ask yourself, "What's not to love?"

La Russa then walked out of the room, putting an abrupt end to his post-game press conference.