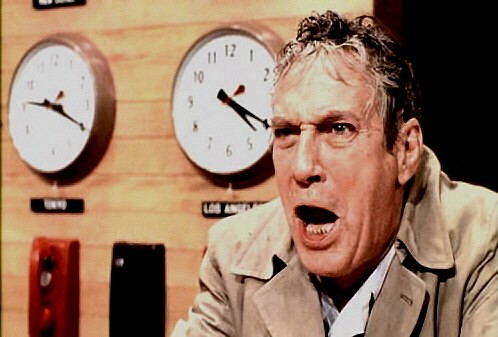 Dave Wrobel came to the library to study. As a non-traditional student at the University of Missouri-St. Louis, Wrobel has found that he focuses best when he's not tempted by the TV or fridge or any other distractions in his south-county home.

Whenever he tried to study at the Tesson Ferry branch of St. Louis County Public Library, he says, he was plagued by all the blabbing. "It happens every time," Wrobel says. "There are signs all over -- 'No Cell Phones' and 'Quiet Study Area.' But people answer their phones and just start talking away."

And so it was on the evening of February 14. Wrobel had an exam to work on -- but the man seated a few tables away answered his cell phone and seemed to be in no hurry to wrap things up.

Wrobel had had enough. This time, he spoke up -- and set off a brawl so vicious that both men ended up requiring medical attention.

And, to his consternation, Wrobel, the guy who tried to enforce the rules, now finds himself banned from the county library.

As Wrobel tells it, he'd been working about ten minutes that February evening when the man a few tables over answered his phone and began chatting away. "I sat there and waited awhile, thinking it's going to end," he recalls. "It didn't."

So Wrobel, 55, picked up one of the table-top signs banning cell phone use and placed it directly in front of the gabber, pointing at it for good measure.

The man looked up -- and flipped him off, mouthing, "Fuck you." He did not hang up the phone.

When Wrobel told the librarian what had just transpired, she stopped by and asked the man to refrain from cell phone use. At that point, he finally hung up. But the minute the librarian was back at her station, the man had words for Wrobel -- mainly, Wrobel says, he threatened him. "I'm going to beat your fucking ass," he recalls the man saying. "I'm going to wait for you outside." And then he stormed out.

Wrobel is 55 years old, with wire rimmed glasses and a neat white goatee. The other man was bigger and younger -- 38 years old, or so the guy later told the police.

"I saw him walk out towards the front of the library," Wrobel recalls, "and I said, 'Is he actually going out there to beat me up?'" Part of him wondered, he admits, whether the man had a gun.

Adrenaline flowing, he raced toward the librarian's desk and told them to call the police. "There's going to be an incident," he warned. Then, without thinking, he stepped outside to see if the man was still there.

"He came at me, and I put 'em up," Wrobel says.The fight, Wrobel admits, was bad. He pounded the man's face; the guy whaled on his chest to the point that his pectoral muscle separated, later requiring surgery. The man bit his leg; Wrobel bit back. Alarmed at the blood streaming from the younger man's face, a growing crowd screamed at Wrobel to stop.

But Wrobel waited until the other man cried uncle. "I quit," the younger man told him, according to Wrobel. "You're the better man."

"Damn right I am," Wrobel responded.

"I punched him one last time and I let him go," he tells Daily RFT. (The younger man, who could not be reached for comment, ended up being taken away in an ambulance.)

"My intent was not to pulverize him but to defend myself," Wrobel says. "Why else would I have told the librarian to call the cops?"

But he admits something may have gotten lost in translation for the other patrons, who witnessed the other man bleeding: "They're all thinking I'm the bad guy."

When the police arrived, they took statements, but both men declined to press charges. (The other guy knew he'd started it, Wrobel believes, and Wrobel thought that getting his ass kicked by an older dude should have been punishment enough for his adversary.) Today, almost two months later, Wrobel says he's not mad at the other man so much as the library.

As library director Charles Pace confirms, the St. Louis County Library chose to ban both men -- for 90 days each.

"I'm furious at them," Wrobel says. "It's the true meaning of 'insult to injury.' You didn't do your job and now you're banning me?"

As Wrobel notes, the library system's strategic plan includes input from patrons. Multiple people listed "lax cell phone policy" as one of the library's weaknesses. Others noted specifically "administration needs to respond to customer's complaints" about cell phone use.

But Pace, the library's director, says this story illustrates less a problem with cell phone use than it does with two men who resorted to violence. (He doesn't want to talk about specifically what happened February 14 -- Wrobel has written two letters which seem to threaten litigation -- but he does agree to speak to the broader issues.)

"We try to deal with cell phones by having quiet areas in the library," he says. "If a customer is disturbed, we ask to them to come tell a staff member, and they'll take it from there. Let the staff address it.

"It's really an unfortunate incident," Pace adds. "But the key thing is that when there are fisticuffs, that puts our staff and other patrons in danger. There are other opportunities to resolve a situation short of that."

Wrobel confirms that he's talking to the ACLU; as a legal studies student, he believes that precedent holds that libraries may not ban people without clearly stated policy violations. He's confident that he violated no policy. "What purpose does banning me serve?"

Wrobel also thinks his story should raise awareness about just how great a nuisance cell phones have become.

Since he was banned from the library, he says he's been forced to study on the UMSL campus -- a fifty-minute drive from his home. That's bad enough. Even worse: The very first day he went there to study, he chose an isolated corner in a near-empty building. But not five minutes after he set up shop, a woman strode in and began loudly making dinner reservations on her phone.

"Excuse me, ma'am, I'm trying to study," Wrobel told her.

This time, the woman did not give him the finger or threaten to kick his ass. She turned on her heel and stomped out.

She did not, he notes, hang up her phone.

For the record, while there's no video of the incident the Tesson Ferry library branch, we like to think it went down something like this.