City Judge David C. Mason Accused of Sleeping Through Trial of Offender He Sentenced to Life 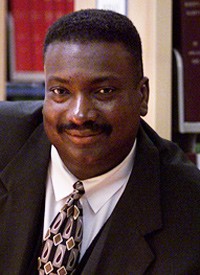 It's not easy to feel sorry for Terrence Hendricks. He's the 23-year-old who burglarized a home a few blocks north of the U. City Loop back in February 2009. When the homeowner returned and caught him red-handed, Hendricks shot the man seven times.

(The homeowner, Ernest Strong, a firefighter and veteran of the Persian Gulf War, did survive, but is now permanently disabled).

On June 11, 2010, Hendricks was sentenced to life in prison plus 31 years by 22nd Circuit Judge David C. Mason -- or "Maximum Mason," as he's known to certain court regulars who think he's heavy-handed with criminal defendants.

Serious crimes call for serious punishments, no doubt.  But we could never defend something that supposedly happened during the trial.

Yesterday, the convicted young man's mother, Brenda Smith, tried to file a formal complaint against Judge Mason. She alleges that Mason nodded off during the most important parts of her son's trial.

"I was shocked," Smith wrote in an April 5 letter addressed to Missouri Supreme Court Chief Justice William Price, Jr. Judge Mason, she continued, "did not hear any of the evidence presented....nor did he hear testimony from any of the witnesses called."

One glance at Mason's resumé shows he's no slouch. A graduate of Wash. U. Law School, Mason worked as an assistant attorney general for Missouri and as general counsel for the Missouri Department of Corrections before rising to the bench in 1991.

Yet in the Missouri Bar's 2010 Judicial Evaluations, in which lay people and hundreds of lawyers filled out surveys, Mason was the only 22nd Circuit judge of ten to receive a failing grade in one of eighteen categories (specifically, he was below the baseline in being "prepared for hearings and trials").

He also got low-but-passing marks in efficient docket management and -- interestingly -- "demonstrating an appropriate demeanor on the bench."

Wary of a court rule barring counsel from recklessly badmouthing a judge, no attorneys would go on the record with Daily RFT about their experiences arguing before Mason.

However, people familiar with the workings of city court confirm it's common knowledge that Mason does indeed nod off on occasion during proceedings.

Judge Mason said through a court spokesman that he himself won't comment on Smith's complaint because Hendricks' case is being appealed.

As for Smith's complaint, it was addressed to the wrong person. The Commission on Retirement, Removal and Discipline -- not the Supreme Court -- handles complaints against judges.

If the complaint involves a minor transgression and the commission does a little digging around to find that the judge has a good explanation, the matter ends there, according to Jim Smith, counsel for the commission.

But, he adds, if it's a "continuing pattern of conduct" or an "egregious event," the commission will conduct a formal proceeding.

Brenda Smith, mother of Terrence Hendricks, is clearly bound by no such laws, and makes her feelings clear in her letter.

"Someone needs to intervene and insure [sic] Judge Mason stays awake during trial," she wrote. "Is Justice Blind or is Justice Asleep?"