Frank Haith: The Most Hated Man in Columbia 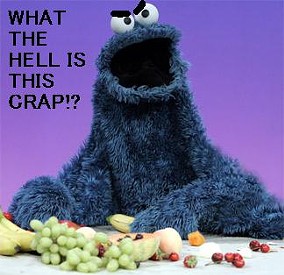 Frank Haith, new head coach of the Missouri Tigers basketball team, has yet to coach a single game in Columbia. For that matter, I honestly don't know if he's even met any of his players yet. Even so, he's already made quite an impression with Mizzou fans, and that impression is, um, how do I say it? Not great. Silvio Berlusconi would get a warmer reception at a NOW convention than what Haith has received so far in his new gig.
And you know what? I can't really blame them. After all, this is a coach whose job was likely in danger at Miami as a result of a 43-69 conference record and just one NCAA Tournament appearance during his tenure. The Tigers went from Matt Painter to this guy? The disappointment is easy to understand.
So just exactly what are Mike Alden and the Tigers thinking with this hire?
There's a very simple explanation for why Haith became the hire. It isn't necessarily a good one, but it's simple enough. Haith is a recruiter, and that's what the Tigers wanted this time.
I say 'this time' because the last time Missouri went looking for a coach they were trying to find the antidote to Quin Snyder, sort of an anti-Quin, if you will. They're doing the exact same thing this time, hiring a coach because he's all the things Mike Anderson wasn't.
Mike Anderson was a system coach. He had a very specific design for the way his teams were going to play. He didn't rely on getting the very best players, preferring instead to focus on players who fit his scheme. He once said his game didn't necessarily work with the McDonald's All-Americans other big time universities recruited, that he needed players who were willing to buy in and play his game to win.
It was a stark contrast to Snyder, who had all the recruiting acumen (and the NCAA violations which seem to almost inevitably follow), in the world, but wasn't really much of a  coach by X's and O's. Anderson was all game plan, utilizing players of a specific type to execute his game plan, rather than trying to out-talent the other team. Snyder brought in talented players and then just counted on their skills to pay the bills.
So now we have Haith, who hasn't really built much of a winning program in Miami but has a history as a top-notch recruiter as an assistant under Rick Barnes at Texas. He knows Big 12 country extremely well, and will be charged with getting Mizzou over that hump, to take that next step into being an elite program. Systems and schemes are great, but we all just saw UConn win a championship last night, and Missouri under Mike Anderson was probably never going to bring in a Kemba Walker.
The problem with Haith, though, is the same problem with Snyder. He seems able to lure in high-end talent, but then doesn't really seem to win much with that talent. It's a reactionary signing seeking the panacea for the previous coach by simply bringing in his opposite. Doing so with Anderson worked, to a point, but created another problem for the school. Under Snyder, they could recruit but couldn't play; under Anderson they could play but not recruit.
Maybe Frank Haith will be a brilliant hire. It's certainly not out of the realm of possibility. After all, if you can consistently bring in the talent, there's really no reason you shouldn't be able to win. On the other hand, he was known as a brilliant recruiter at Miami, who had the full backing of a Florida school with an historic name, and he had a losing record in conference play. So I can kind of understand why Tiger fans are less than thrilled with this hire.
Personally, I think Mike Alden has done a mostly solid job with the MU athletic department. Not great, but pretty good. This, though, I just don't think is the right move. It seems to be a pattern with Missouri on the basketball side, this back-and-forth dance of trying to fix whatever is wrong by going in the opposite direction, and I just don't know if the program is ever going to live up to its lofty potential this way.
Frank Haith is not a name, and there's little in his track record to suggest he's really all that good a basketball coach. His chief virtue to this point seems to be he's the opposite of the previous coach. I can understand the consternation and gnashing of teeth we're hearing from Columbia, and I'm more than a little inclined to agree.
I repeat again: the Tigers went from Matt Painter to this guy? I hope he's ultimately the right guy, but for now he's just a second choice , and a rather uninspiring one at that.