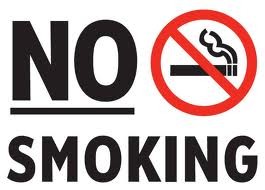 Tomorrow, residents of the St. Charles County city of O'Fallon will vote on a sweeping smoking ban -- one that's far tougher than those recently enacted in St. Louis City or St. Louis County.

But one O'Fallon city councilman is crying foul over the effort. He tells Daily RFT that he's strongly considering file a complaint with the IRS over both the American Cancer Society and Tobacco Free St. Louis, charging that the groups should lose their nonprofit status over their donations to Citizens for a Smoke-Free O'Fallon.

He also vows to use whatever methods he can to stall or block the new law if it passes. "I will become the biggest pain in the ass these people have ever seen," he promises.

The IRS holds that any 501(c)3 non-profit organization may devote only an "insubstantial" amount of its resources to lobbying efforts -- with a 20 percent limit for small groups and a sliding scale for larger ones.

As we reported last month, Tobacco Free St. Louis recently received a $545,000 contract with St. Louis County, paid for by federal stimulus funds, to (among other things) lobby for a tougher smoking ban in the county.

And Jim Pepper, a councilman in O'Fallon who opposes the ban proposed in his city, says both Tobacco Free St. Louis and the local chapter of the American Cancer Society have been active in the O'Fallon campaign. (They donated $250 and $500 respectively, according to board of elections records, to a campaign that had raised $8,275 as of March 28.)

He believes they've crossed the line.

"I've been a big supporter of theirs," he says of the cancer society, whose St. Louis chapter made the donation. "But when they start contributing to a political group, that gets my attention. I believe that violates their 501(c)3 status."

Pat Lindsey of Tobacco-Free St. Louis didn't call us back by press time. We did speak with Stacy Reliford, field government relations director for the American Cancer Society. She assures us that the organization tracks its lobbying expenditures closely -- and that the O'Fallon expenditure was within the limits. "As you know, we're a large organization, not a tiny non-profit," she says. "We're within 100 percent of our legal limits."

She adds, "Frankly, if we weren't involved, it would be a disservice to our constituency. Working for ballot measures like this one is an important piece of what we do."

Pepper, for his part, agrees that smoking can be deadly -- but he seriously questions the idea of second-hand smoke causing similar problems. And he believes the O'Fallon ban goes much too far.

"I wouldn't call it strict -- I would call it draconian," he says. "There are no exemptions." That means all VFWs, elks clubs, American Legion halls and other private organizations would have to ban smoking completely, even if their only employees are volunteers.

Interestingly, Citizens for a Smoke-Free O'Fallon has been funded almost entirely by non-profit groups, with BJC Healthcare donating $2,500 and Partners for Progress, a subsidiary of the Economic Development Council of St. Charles County, donating $5,000, in addition to the American Cancer Society and Tobacco-Free St. Louis contributions. (The only other contribution was $25 from Wendy Prakop, the group's treasurer.)

Pepper believes the new law will probably be approved, but he says that the fun is just beginning.

"If you want to see fireworks, watch O'Fallon if this thing passes," he warns. "I will propose an amendment at every meeting. And I will vote not to fund any police activity related to this. There are a lot of things we can do to mitigate the damages it will do to businesses in O'Fallon."