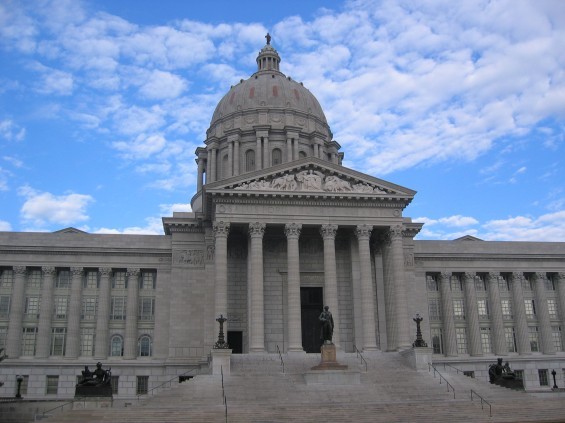 We should have known it wouldn't be this easy.

Eleven months ago, the Missouri Legislature passed landmark ethics legislation, banning donations from one political action committee to another. That's much further than most states have been willing to go -- and a great way to crack down on the sort of money laundering that can obscure the true source of campaign contributions, a practice that's become all too common in post-Watergate politics.

But yesterday, a Cole County judge struck down the new law on procedural grounds. Missouri's Constitution holds that each bill can only address one subject matter; this one, thanks to add-ons from legislators relating to (drum roll!) access to the Capitol dome, addressed several.

The judge's decision came in response to a lawsuit from Legends Bank, which was angered by a provision in the law banning banks from making campaign contributions. That part of the law has already been "fixed" by new legislation this year. (Because, you know, there's money in banks -- and politicians need money!)

Absent an appeals verdict overturning the ruling, or intervention by the Missouri Supreme Court, the Legislature will need to pass the ethics measures once again, which could be very tough to do with the time remaining in this session. And how much do you want to bet that, this time, the sort of moneyed interests who like to hide the source of their donations will find a way to stop the legislation from proceeding?