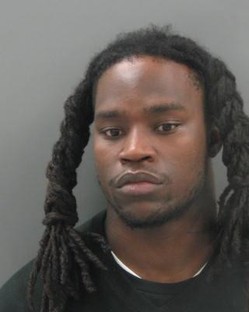 Maroney, 26, was pulled over in an Infiniti SUV that police said was blocking traffic outside Chaifetz Arena. Police then detected marijuana smoke coming from the vehicle. A search of the car produced marijuana and several handguns. Maroney, according to his publicist, has a concealed carry permit.

Yesterday prosecutors said they've "determined that no Missouri gun laws were violated." They did, however, have enough evidence to charge Maroney and four others (Glenn Elton Gant, 27; Michael G. Brown, 22; Lavel L. May, 25; Royce R. Spann, 26) with possession of under 35 grams of marijuana.

The charge is a misdemeanor, punishable by one day to one year in prison and up to $1,000 in fines or probation. No word yet on how Maroney and others will plead.

Maroney, a 2003 graduate of Normandy High School, played three seasons for the University of Minnesota before being drafted in 2006 as a first-round pick to the New England Patriots. This year, Maroney was traded to Denver where he played a limited role as running back, seeing action in just four games.