March 30, 2011 at 2:45 PM
comment
St. Louis County police are on the lookout for two suspects wanted in the murder last night of 21-year-old Wade Finch. 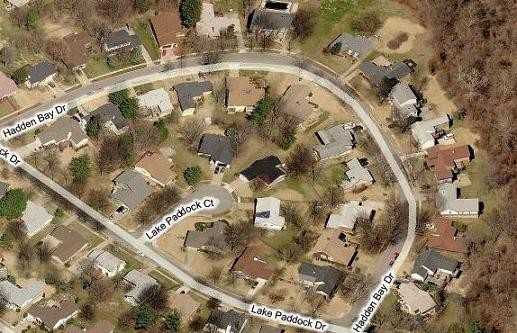 According to police, Finch was in the passenger seat of a car in the 6400 block of Hadden Bay (above) around 8 p.m. when two suspects walked up to the vehicle and got into a verbal altercation with Finch and the driver. One of the suspects then fired shots into the car, killing Finch.

The suspects are both described as black males believed to be in their early 20s. Police believe the motive was a attempted robbery. Anyone with information about this incident should call the St. Louis County Police Department at 889-2341 or Crimestoppers at 866-371-TIPS.