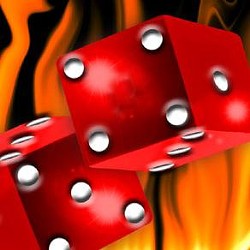 Here's an interesting tidbit out of Cape Girardeau where voters next week will be asked to weigh in on a smoking ban for bars, restaurants and most places open to the public.

This week the group pushing for the ban, Smoke-Free Cape, filed paperwork showing that they've raised nearly $83,000 prior to the April 5 vote. By comparison, their opponents -- Stand Up Cape, What's Next? -- have raised just $3,070.

But here's the kicker as reported in the Souteast Missourian: All but $365 of the money for Smoke-Free Cape has come courtesy of the American Cancer Society and its affiliates.

"That floors me," Doc Cain, spokesman for Stand Up Cape, tells the paper. "To me, that's absurd. I'm flabbergasted that the ACS would spend this insane amount of money to try to affect a policy in a town of 35,000 people."

The cancer society, meanwhile, contends that it's just doing its job -- fighting disease.

Perhaps the even bigger story is the implication that Cape Girardeau's proposed smoking ban could have on gaming in Missouri.

Unlike smoking bans in St. Louis, Kansas City and elsewhere, the ban in Cape Girardeau would outlaw smoking in casinos. That's significant because this Thursday Isle of Capri will break ground on a $125-million casino in Cape Girardeau.

As LeAnn Ridgeway, spokeswoman for the Missouri Gaming Commission confirms to Daily RFT, a smoking ban in Cape Girardeau would make for the state's first and only smoke-free casino. That is, should Missouri's twelve existing casinos continue to allow tobacco use by the time the Isle of Capri center in Cape Girardeau in late 2012.

Surprisingly, Isle of Capri officials have been rather nonchalant about the smoking ban effort in Cape Girardeau. In December a company spokeswoman told the Southeast Missourian that the company has dealt with a similar issue in Florida where some of its casinos must operate smoke-free due to municipal ordinances.

"We adhere to local law," Jill Haynes told the paper. "I don't want to say it's not important, because that's not true. But it has not been our focus so far."