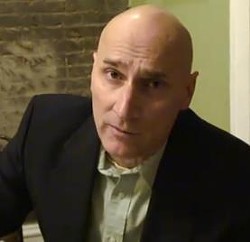 We know. We know. Despite the findings of the NAACP and the curious links between its better-known mouthpieces and hate groups, the Tea Party is not a racist outfit. No, far from it.

In fact, it's organizations like National Public Radio that are the true racist agencies, according to one of Missouri's biggest Tea Party supporters, Lt. Governor Peter Kinder.

Still, an action this month by the St. Louis Tea Party seems rather suspicious for such a color-blind and all-embracing institution. As the Post-Dispatch reported yesterday, the local Tea Party now has a lobbyist in Jefferson City.

His name is Gary Wiegert, the former president of the St. Louis Police Officer's Association, and an outspoken champion for the effort to keep the city's police department under state control. For some reason, the St. Louis Tea Party has also lined up against local control, even though Mayor Francis Slay and most the city's elected officials are pushing for the change.

Here, though, is what's so curious about Wiegert's job with the Tea Party and a factoid somehow left out of the Post-Dispatch coverage.

Last month, Wiegert appeared in a controversial online video in which he suggested that a hate group called the New Black Panthers is behind the push for local control of the St. Louis police. Wiegert makes his assumption based on the flimsiest of evidence -- a picture of the bill's sponsor, state representative Jamilah Nasheed (D - St. Louis), photographed next to a pair of black men in berets.

Even political conservatives in Jefferson City saw Wiegert's video as little more than a scare tactic intended to frighten whites into believing that black radicals would somehow take over the police department under local rule. Missouri Speaker of the House Steve Tilley (R - Perryville) referred to the video as "race-baiting at a level that I haven't seen since I've been here."

So the question is, why would a group as unprejudiced as the St. Louis Tea Party sign Wiegert on as their one and only lobbyist? Unless, that is, the Tea Party is perhaps just the teeny-tiniest bit racist. Nah. Perish the thought!