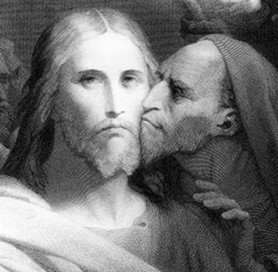 It's a rough time to be a Missouri basketball fan. The Tigers went in the tank for much of the latter portion of the regular season, were treated to an unceremonious first-round exit from the NCAA Tournament by Cincinnati, and now they've lost their coach. All this while Mizzou fans are forced to once again witness the hated Kansas Jayhawks waltz their way into the Final Four.
After interminable and widespread speculation Mike Anderson would be leaving Missouri to become the head coach at the University of Arkansas, it was finally made official yesterday. Anderson is taking his 40 minutes of hell to Fayetteville. He leaves after a very successful run at Mizzou, which saw him turn around a program left foundering in the wake of Quin Snyder's disastrous turn at the wheel.
So what does this mean for the Tigers?
Make no mistake, this is bad news. Very bad news. I know there has been some criticism leveled at Anderson for flirting with other teams during his time in Columbia, and I have to admit his coquette act was getting a bit old. Nonetheless, the man did one hell of a job of building the Missouri basketball program into a near-elite state, and he did it starting under incredibly dire straits.
The Tigers have made three straight trips to the NCAA Tournament under Anderson, and made a run all the way to the Elite Eight in 2009. Missouri's basketball program is relevant again in a big way. Even this season, as inconsistent as the Tigers were for much of the year, they were mentioned often as a team that would be extremely dangerous to play come tournament time. Mizzou basketball matters, and that has a whole lot to do with Mike Anderson.
It's hard to really blame Anderson for leaving, as much as we all might like to. It's not so much that Arkansas is really a better job than Mizzou, necessarily, but for Anderson himself Arkansas may be the job of a lifetime. After all, he spent the better part of two decades as an assistant coach under Nolan Richardson, the coach who led the Razorbacks to a national championship in 1994 and essentially created (or at least perfected), the style of basketball Tiger fans have watched the past five seasons. For Mike Anderson, Arkansas isn't just a coaching job. Arkansas is like going home. With that sort of backdrop, it's impossible to heap too much criticism at Anderson's feet for following his heart.
What we can blame him for, though, is leaving like a coward. Anderson didn't face the media, didn't tell his players before the news hit the wire. I think most of us thought Mike Anderson had a little more substance than this. I suppose we were wrong.
For Missouri, this leaves them in the lurch in a big way. The Tigers had hoped to work out an extension with Anderson, and with good reason. Brief though it may have been, the Mike Anderson Era in Mizzou basketball will go down as a very successful one. It leaves Anderson's former players in the lurch, as well. This was a team he hand-picked for their ability to execute the system, recruiting them with promises of a program on the come. Now that's all over.
More importantly, finding a new coach is going to be very, very difficult for the Tigers this year. With a ton of openings all through college basketball, the competition for top coaching candidates will be fierce. Oklahoma needs a coach. Ditto Tennessee. North Carolina State too. Whether Mizzou can land a top candidate in such a competitive environment is anyone's guess.
Even more worrisome could be the decision of Phil Pressey, the Tigers' freshman guard. Pressey is a huge talent who came to Mizzou specifically because he had family ties to Anderson. He's just the sort of player who could boost a program to the next level. Now we'll all have to wait and see if he follows his cowardly coach to the next stop. If he stays, the Tigers will have one of the top guards in the country going forward. If not, well, it's back to the old drawing board.
I can't blame Anderson for moving on to someplace he really wanted to be, but I also can't lie and say this doesn't leave a bitter taste all the way down. Mike Alden and the Missouri Tigers made a good hire in bringing Anderson in from relative obscurity. Now let's see if they can come up with an even better one in replacing him.
And to Mike Anderson, good luck at Arkansas. I won't be rooting for you.