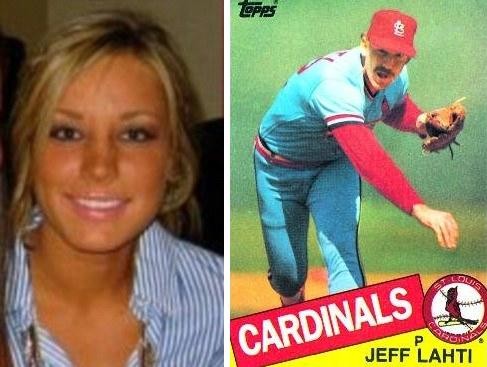 The Tiger is back on the prowl. Following the epic meltdown of his marriage eighteen months ago amid allegations of widespread infidelities, Tiger Woods is said to have found himself a steady f-buddy girlfriend.

Alyse Lahti Johnston is the 22-year-old daughter of former Cardinals relief pitcher Jeff Lahti, who spent a somewhat unspectacular five years with the team in the mid-1980s. According to reports, Alyse is something of a "wild child" who was arrested for drunk driving last October and tells her friends that she and Tiger are just "hooking up."

The two have allegedly been seeing each other for several months and have been spotted together on Woods' yacht.