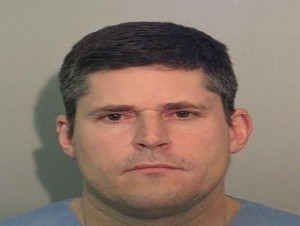 Well, we can't say we're too surprised by this one.

The family of the nine-year-old girl who was subjected to an early-morning attack at the Ritz-Carlton Hotel in Clayton has filed a $20 million suit against the schmancy hotel chain, her alleged attacker, Daniel Hughes of Pennsylvania, and Enterprise Leasing Company, which was Hughes' employer.

The suit was reported in the St. Louis Business Journal.

As we reported a few weeks ago, the little girl was staying at a suite in the Ritz-Carlton on March 6 with her family and a young friend when, police say, Hughes drunkenly forced his way into the room and crawled into bed with her. He's been charged with one count of statutory sodomy and three counts of felony child molestation, according to case.net.

The suit, filed on behalf of Jane Doe to protect the child's identity, seeks $5 million each from Ritz-Carlton Co. and Maritz, Wolff & Co., the company that owns the hotel, along with $5 million from Hughes and Enterprise.

The Doe family is being represented by Maurice B. Graham of Gray, Ritter & Graham P.C. We've got calls out to Graham as well as Hughes' criminal defense attorney; we'll update this post if we hear back.