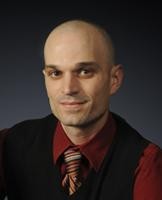 Daily RFT caught up yesterday with Scott Ogilvie, the independent candidate running for alderman in the 24th Ward -- the southwest sliver of St. Louis that includes the Dogtown, Franz Park, Ellendale and Clifton Heights neighborhoods.

For most people in the ward, Ogilvie was somewhat of an afterthought until the March 8 Democratic primary. That's when incumbent Bill Waterhouse lost by twelve votes to Tom Bauer, the former 24th ward alderman recalled in 2006 after angering many residents over eminent domain. (Bauer later sued several of his constituents on charges of slandering his name during the dust-up.)

Generally, whoever wins the Democratic primary in St. Louis wins the election. But that's not necessarily true this year, and not with Ogilvie hoping to capture the votes of those opposed to Bauer. (The election is April 5.) Below is our conversation with Ogilvie, the 30-year-old political newbie from the Clayton-Tamm neighborhood.

Daily RFT: So, why run now and why run as an independent?

Ogilvie: It's all tied together. First of all, I believe in competitive elections, and if I didn't run as an independent there would be just one name on the ballot April 5. I couldn't run as a Republican because I'm not one. That said, I'm willing to bet that I'm much more progressive than my Democratic opponent. As to why I'm running, my joke is that my wife told me that if I don't do it, then I have to stop talking about it. The truth is that this is something that I've been considering for about a year. I really like this city and have a strong commitment to helping it grow and prosper.

Tell us a little about your background. You're an avid cyclist, no?

I am. I've probably ridden through every street in St. Louis. I moved here from Minneapolis in 1999 to attend Washington University -- I have a degree in political science -- and riding my bike through the city, I've really fallen in love with the history and architecture of St. Louis. I believe the economy is going to rebound here in the next year or two, and I'm interested in helping to foster positive development in the ward and throughout the city.

What do you do for a living?

I'm a bike mechanic at Big Shark. I also do graphic design work on a freelance basis for a sign company. Prior to that, I was the operations manager for a printing and publishing company in St. Louis.

You know that the St. Louis Board of Aldermen is populated by a bunch of crazy people, don't you? Are you really sure you want to join that group?

Man, I'm not sure how to answer that one. I'm going to have to work with them once I'm elected. I can say, though, that, yes, I'm familiar with how the board works. I'm often the lone person sitting in the Board of Aldermen balcony on Friday mornings watching the process.

Bauer has a pretty strong committee and sent out a ton of mailings for the primary. Do you have a campaign committee or is it pretty grassroots?

Grassroots is a good way to put it. I've raised some money, but I'm trying to communicate in less expensive ways. Unlike my opponent, I have a website and a blog where people can visit for more information. I've spent a lot of time going door-to-door, meeting with people and attending neighborhood association meetings. I also have some mailings that will be coming out soon.

Win or lose is this the start of a political career for you?

Frankly, I'm not even thinking that way. It's really important for me to win this election. I've received a lot of support from people in the ward, and I'm honoring their commitment in me to do everything I can to win this race.