Mother Nature Loves the Irish More Than the French

March 16, 2011 at 9:09 AM
comment
When Irish hearts are happy all the world seems bright and gay,
And When Irish Eyes Are Smiling, sure, they steal your heart away. 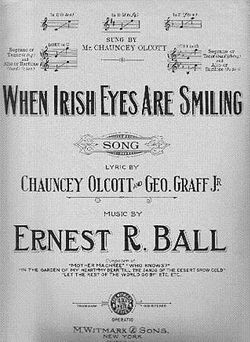 Could it be that Mother Nature (or perhaps even God!) loves the Irish more than the French? That's the message one could get while staring at the heavens this year from the vantage point of St. Louis.

Think about it. Less than two weeks ago, Mardi Gras in Soulard was a bleak and ever-more sloshy affair with overcast skies and temperatures barely hovering in the 40s for the March 5 parade. Three days later, the region experienced a virtual winter monsoon, and no one showed up for the Fat Tuesday parade downtown.

Yes, this year it seems Mother Nature's eyes are smiling back at the Irish.