And the Winner of Our Redneck Mad Lib... 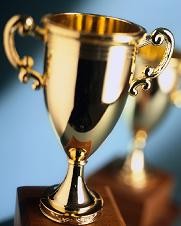 Bill bested seven other entries in yesterday's "Mad Lib" contest asking readers to fill in the expletives left out of a Belleville News-Democrat story about a drunk arrested for cussing at police last weekend.

We had a lot of good entries, including honorable mention to "Dave" whose vivid answers were a bit too graphic even for Daily RFT.

Here's how winner Bill filled in the blanks...

Detective Jeff Wilkinson told Adams to return to the bar, but he continued with: "(I'M RUBBER AND YOU ARE GLUE. WHATEVER YOU SAY BOUNCES OFF ME AND STICKS TO) you! What are you going to do?"...

After police put him in a police car, he leaned back and kicked out the driver's side rear window.

"He shot the glass right in our faces," Wilkinson said.

Adams kept asking his wife for help; "I helped you (THAT TIME YOU ALMOST BURNT DOWN THE BABY'S ROOM/METH LAB) so now help me," he said. She told him she couldn't help because he kicked out the window.


Bill, drop me an email and I'll make sure you get your fabulous prize, an autographed Purple Prose book from Geoffrey Delicatecharacter.