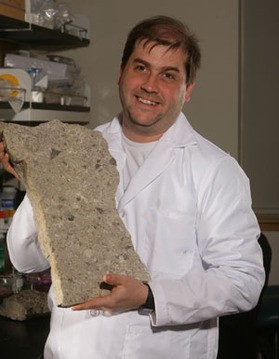 Once upon a time -- well, between 443 and 445 million years ago -- all the land on Earth was clumped in a big mass around the equator and the rest was covered with oceans full of little sea-beasties like brachiopods, trilobites and conodonts that looked like little shells, bugs and eels.

All these little sea-beasties floated around -- neither happily nor unhappily, because their brains weren't very developed -- until one day the sea started getting colder. The temperature dropped nine degrees Fahrenheit, which doesn't seem like much. (Really, that kind of drop is pretty normal for an early spring day in St. Louis.) But it was enough to create massive glaciers that wiped out about 75 percent of all the tiny proto-animals.

Until recently, scientists could only estimate how cold the sea got and how how massive the glaciers grew. But now a research team led by David Fike, an assistant professor of earth and planetary sciences at Washington University calculated definite temperatures to figure out how long this ice age lasted and recreate the climate changes that led to this mass extinction. 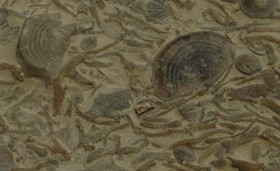 Fike and his team analyzed samples of limestone fossils taken from Quebec, Canada, and the environs of our very own part of Missouri using a "paleothermometer," a technique developed by a professor at the California Institute of Technology. The paleothermometer measures how much heavy isotopes of carbon and oxygen clump together in the limestone. The colder the temperature, the more the isotopes clump -- leaving a record in the rocks.

The scientists estimate that the glacier grew as large as 93 million cubic miles. Think about that. An ice cube a mile tall, a mile wide, a mile deep -- times 93 million.

But it wasn't just the cold that killed off the trilobites. Explains Fike in a press release:

Another thing that you see going into a glacial period where you're taking water from the ocean and putting it on land is a drop in sea level, so it's likely that most of the shallow seas, such as the one covering much of North America, fell, and that would have hit those organisms' habitat space hard.

Amazingly, some of the little sea animals managed to survive. But what really finished them off was a spell of global warming.

"Organisms...had adapted to the cold and suddenly the sea level rises and you're going out of the glacial period and temperatures get a lot hotter, and clearly some organisms are not happy with that," says Fike.

But, hey, now we know just how much heat and cold a brachiopod could stand.