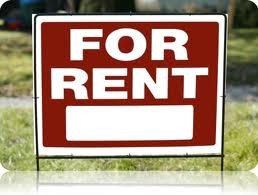 When the city of Ferguson enacted a licensing program for anyone trying to rent out their property in 2006, the St. Louis Association of Realtors promptly sued -- arguing that the court should declare the program unconstitutional.

The sweeping program includes an annual application, a criminal background check and a $20 per-property fee. Landlords are also required to submit a copy of each lease to City Hall -- and can be put on provisional status and forced to undergo interior inspections if there are any "occupancy or criminal issues" with their tenants.

But the St. Louis County Circuit Court refused to invalidate the program, finding instead last year that the Realtors association didn't have standing to sue. The Realtors appealed.

Today, that appeal was rejected too -- with the Missouri Court of Appeals Eastern District agreeing that the Realtors did not have standing to challenge the law.


In a 2-1 decision issued today, the appellate judges concluded that "we are unable to conclude that the interests the St. Louis Association of Realtors seeks to protect with its Petition are germane to [its] purpose of promoting and assisting the business activities of real estate agents and their affiliates." That's enough to uphold the circuit court's decision.

The ruling comes even though the Realtors' association introduced testimony from three members who own rental property in Ferguson. "The evidence suggests that by contesting the City's Licensing Program, [the Realtors' association] seeks to infuse into its organization an issue concerning a few of its members who incidentally happen to own rental property in the city," the judges wrote.

In a sharply worded dissent, Judge Kenneth Romines disputed that.

"Obviously, the issue of concern in the litigation -- a broad sweeping ordinance concerning Realtors' daily economic interests -- is pertinent to the Realtors," he wrote. "I do not find the Realtors engaging in some Quixotic Pollyanna quest nor indeed or the Realtors gadflies -- there is more here than 'mere pertinence' in the Realtors' position.... The Board of Realtors should decide what is in their membership's economic self-interest, not this Court."

Will the Realtors continue their (non-Quixotic) quest to the Missouri Supreme Court, or will the onerous 2006 program stand? Stay tuned; we'll let you know if we learn more.