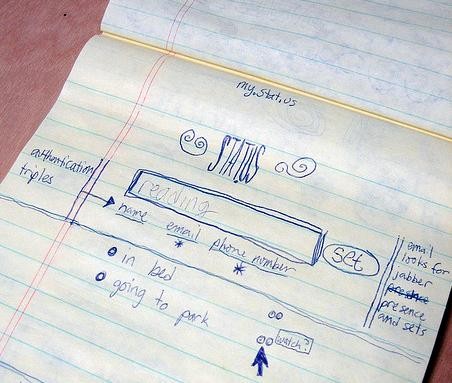 The initial programming for Twitter began five years ago yesterday. To mark the event, Twitter co-founder (and, yes, St. Louis native) Jack Dorsey has been sharing the story about how the social media site was born -- in, naturally, 140 characters or less.

Dorsey writes that he'd been thinking of a Twitter-like site since 2001 when he sketched out plans (right) for a program called Stat.Us.

The following are a few of Dorsey's tweets from yesterday, recalling the wild two weeks in 2006 when he and his fellow coders raced to create twttr, later renamed Twitter.

More of the story @jack.