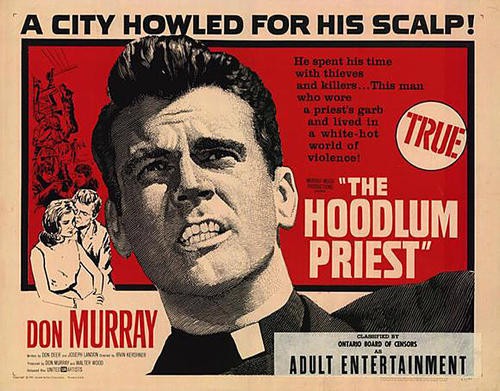 This week's Riverfront Times' feature story -- "Forgive Me Father, For I Have Cinama'ed -- tells the story behind the making of The Hoodlum Priest, a 1961 film depicting the life and times of St. Louis clergyman Father Charles Dismas Clark.

"Now listen, kid. I ain't no square priest, you see," Father Clark told director Don Murray during one of their first meetings.

The movie was filmed mostly in St. Louis and Jefferson City. So tell us, can you name two other feature films that were shot in Jefferson City?

First person to email us here with the answers and your contact info wins The Hoodlum Priest poster above. Good luck!

Go! You Need Not Be Present to Win!