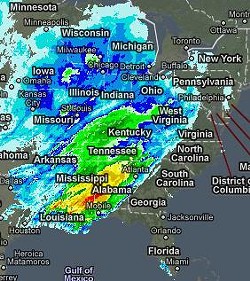 Approximately 97 percent less fun when comparing yesterday's arrests and citation to those from Saturday.

Excise officers with the city put the clamp down, citing a minor for possession and a vendor for selling to someone under the age of eighteen.

As the St. Louis police department reports today, the half inch of rain we got last night "greatly reduced" the projected number of spectator's at last night's event.