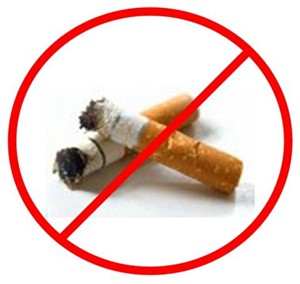 As we reported earlier today, St. Louis County has received $7.5 million in federal stimulus funds for a campaign to cut back on tobacco use here.

But now Daily RFT has learned that the county is using some of the money to hire a non-profit organization to "educate" its own elected officials -- the St. Louis County Council -- and "advocate" that the council toughen up the county's new smoking ban.

Even though that effort is targeted at changing a county ordinance, the project manager at the department of health, Barry Freedman, insists that it is not a case of federal dollars being used for lobbying.

Lobbying, he says, involves legislation that's actually on the table. Since the department of health is merely advocating that someone introduce legislation to eliminate the exemptions -- and no one on the county council has done so yet -- it's on the right side of the law.

"Public money can't be used for lobbying," he confirms. "St. Louis County has a strict policy on that, too. This has been thoroughly researched -- the county has a legal team working to make sure no one is breaking the rules. We're very sensitive about this issue."

"If I were on the county council, I would feel like I was being bullied," he tells Daily RFT. "This isn't people calling the county to advocate on a grassroots basis. This is a mechanically created firestorm.

"The stimulus was supposed to create jobs," Hannegan added. "I don't think these are the kind of jobs they were talking about."

Here are the facts:

In late 2010, the county department of health inked a contract with Saint Louis University for the services of Tobacco Free St. Louis, a nonprofit anti-smoking organization based on its campus. But the scope of work included in the organization's $545,000 contract -- which Daily RFT obtained this morning via a public records request -- includes a component directed at the county's own elected officials.

The contract calls for the Tobacco Free Coalition to "develop and implement an education
and advocacy plan to educate St. Louis County Council members about the need to remove exemptions from St. Louis County's current smoke-free ordinance."

You can see the scope of work in the documents we've attached below.

The documents also include the scope of work for public relations firm Fleishman-Hillard, which was hired to the tune of $2 million to, among other things, "develop and implement a public education/advocacy campaign to support amending the current county smokefree ordinance ... removing exemptions on all workplaces, bar, and casinos." (The Fleishman-Hillard contract does not include any mention of the county council.)

Freedman assures us that until or unless there's any proposal to change or amend the anti-smoking ordinances, "education" and "advocacy" are A-OK for county contractors. Should an ordinance be introduced on the council, he adds, Tobacco Free St. Louis could only lobby for its passage by using other funding sources.

But Hannegan says he has questions about whether Tobacco Free St. Louis can lobby at all. The organization is organized as a 501(c)3, which means it faces serious restrictions on lobbying activities.

He pointed us to the IRS code governing such nonprofits, which reads in part, "In general, if a substantial part of the activities of your organization consists of carrying on propaganda or otherwise attempting to influence legislation, your organization's exemption from federal income tax will be denied." Hannegan told Daily RFT that he's considering filing a complaint.

Pat Lindsey, the director of Tobacco Free St. Louis, did not respond to a call seeking comment. We'll update this post if we hear back.