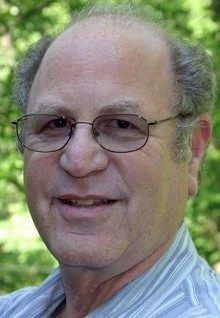 It was roughly a year ago that Arthur Lieber started getting concerned. A self-described progressive Democrat, he was no fan of Todd Akin, the conservative Republican who represents Missouri's 2nd Congressional District. And as best Lieber could tell, no one was planning to challenge Akin's incumbency.

So Lieber, who lives in Creve Coeur and runs an educational consulting business, decided to do it himself. He and his wife drove to Jefferson City on the day of the filing deadline, frantically checking their iPhone all the way to make sure no Democrat -- any Democrat -- was volunteering for the job. None was. Lieber was it.

Lieber ran an idealistic campaign, pledging both to refuse all campaign donations and to stay positive. (He spent $50,000 of his own money -- enough for a voter database, a billboard and a TV commercial that you probably missed if you blinked.)

Not so surprisingly, he lost. And now he's written a book about the experience.
"I ran for Congress in 2010; got my butt kicked," the book begins. "But all was not lost."

As the book makes clear, and he confirms in a chat with Daily RFT, Lieber knew he was tilting at windmills, but he still found himself hoping against hope that he could win. "Yes, I woke up every morning and I looked at it in terms of, 'What can I do to increase my chances of winning,'" he says. "Now, I never went around telling people I was going to win. At first, I wondered, 'What the hell am I doing?' But then things started happening."

Indeed. Bill McClellan, the top journalist in St. Louis, devoted a column to Lieber. Don Marsh interviewed him on Saint Louis Public Radio. And when he went door-to-door, he was surprised by how receptive voters were, even in the conservative district's most conservative corners. You can see why he might have thought at one point, Okay, maybe I can do this.

Obviously, he couldn't. "My race was too far under the radar," he says.

As Lieber writes, he never even heard from anyone in the Democratic party. Meanwhile, prior to McClellan's column, the Post-Dispatch actually reported after the primaries that Akin was running unopposed in the general election. (They corrected the error online, but despite promises, Lieber writes, "the correction never made it into a print edition.") Lieber wound up deeply disappointed in the media coverage of his campaign.

"More than once I was told by a reporter that he or she was interested in learning more about me and my views on the issues, but he or she had to go cover the latest accusations in another campaign," he writes. "So there was no interview." Lieber's race wasn't considered competitive -- but the absence of ongoing coverage surely didn't help do anything to change that.

But Lieber doesn't regret running -- or pouring money into his campaign. "I don't have kids," he explains. "You take that $50,000 that went into the campaign -- that would be one year's tuition, room and board at Wash. U. It's not like I was saying I was to piss away $50,000, but when this happened, I felt like I had to do something."

At this point, An Unlikely Candidate: Reflections on My Run for Office still has a tiny print run. Lieber went to a custom printer and started with just 300 copies. But he's in talks to increase that; he believes his book -- and his quixotic run to replace Akin -- contain plenty of lessons for Democrats, the media and anyone interested in the nation's civic life.

Both in the book and in person, Lieber comes across the school administrator he used to be. (He was a founder of Crossroads School, in the Central West End.) He's thoughtful -- perhaps too thoughtful for politics today. Perhaps one of the saddest parts of the book comes when he writes about filling out a candidates' questionnaire for Planned Parenthood. Lieber had long been a supporter, but still ended up not winning their endorsement.

In response, he explained that 37 years had passed since the original court decision, and numerous levels of government had chipped away its protections. "I do support federal legislation codifying a woman's right to an abortion," Lieber wrote, "but that language may need to be different from, and stronger than that in Roe v. Wade."

He was told the answer was unacceptable, as he writes in his book. The Planned Parenthood officials claimed it did not directly answer the question; he never got the endorsement.

Lieber admits that he now has questions about Planned Parenthood. "My experience with their evaluation process of candidates was that they said, 'My way or the highway,'" he writes. "The fact that they did not look at shades of gray but instead viewed issues as black or white seemed to me to be the antithesis of the way in which they counsel women who come to them in their time of need."

"I'm just as troubled by people on the left who aren't engaged in critical thinking as those on the right," Lieber tells Daily RFT. "It's about tolerating ambiguity."

Really, with thinking like that, you can see how Arthur Lieber got his "butt kicked" in his run for office. Ambiguity? That's about as crazy as refusing to accept donations.