O.J. Atogwe Still in Limbo As the Clock Ticks Down 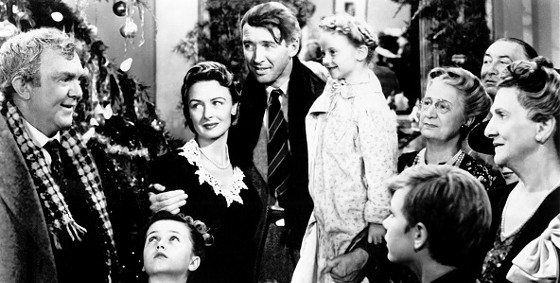 Well, the day has finally arrived, sports fans.
The deadline for the NFL and the Player's Association to reach an agreement is tonight at midnight. Barring some sort of Frank Capra-sized miracle taking place today (or an extension of the deadline, which is only marginally more likely), the league is headed for a lockout.
No business will be conducted during the lockout, with the notable exception of the draft, meaning that when the chains go on the doors tonight any and all players without a team to call their own will remain free agents until the league and the union decide to come to some sort of agreement.
There's one name that stands out for the Rams as far as pending free agents, and that's Oshiomogho Atogwe. The Rams released Atogwe on the 19th of February to avoid paying him an $8 million roster bonus included in his last contract. At the time I, like plenty of others, assumed it would be a temporary separation, that Atogwe and the Rams would work out something long-term in relatively quick fashion. Now, though, it looks like that isn't going to happen, and it leaves both O.J. and the team in a potentially awkward situation.

From the player's perspective, I can't imagine Atogwe wants to go into a lockout without a job. Facing the prospect of no football is bad enough for any player, but facing the possibility of an extended work stoppage that could leave teams with almost no preparatory time for the 2011 season (whenever that season actually does begin), has to be a terrifying notion.
If the league and union cannot get together on a deal until close in toward what should be training camp, as many observers believe will be the case, there will be a mad dash to get players signed in time for the season. That's a nightmare scenario for any payer, as an unknown number of free agents will all be trying to find seats before the music stops. There will absolutely be at least a few players who end up in terrible situations when the fray clears out.
From the team's perspective, opening another hole in a team already rife with them is a hard pill to swallow. There are multiple areas of need the Rams must try to address this offseason, and with the draft slated to be the only means of player acquisition at the moment, it's going to be tough sledding trying to fill in those soft spots. Safety was well down the priority list for the Rams, as they had a very good free safety and a strong safety in Craig Dahl that is at least serviceable and usually a little better than that. Now, though, if Atogwe's return is really going to be an unknown until such time as league business resumes the Rams may need to bump safety up the list a fair bit.
That's not to say there aren't options on the roster already. Darian Stewart, signed by the Rams as an undrafted free agent last year the day after the draft, received some high praise from GM Billy Devaney in a chat he did with Jim Thomas recently, I agree Stewart looked pretty good at times last season, and he could have some upside, but I don't know that I agree with an undrafted free agent with one year of pro experience as Plan A.
So that leaves the draft. This year looks to be an extremely weak safety class, putting the Rams further behind the eight ball if they end up needing to try and fill the position. Adding safety to the list of positions the Rams need to try and find a player for may just be asking too much.
I'm just not sure the Rams are going to be able to come up with a good strategy to fill the free safety position if O.J. Atogwe remains unsigned. I understood the decision to release him, as the $8 million bonus was always seen as a bit of a poison pill built into the deal from the very beginning. Oshiomogho Atogwe is a very nice football player who is still young enough to have some good days ahead of him. He is not, however, worth almost $12 million in a single season. So, releasing him made some sense.
Now, though, the Rams may have worked themselves into a bit of a corner with Atogwe. The best option on the roster has one year of NFL experience, free agency looks like it won't be coming until sometime in the fall, and the Rams simply don't have enough draft picks to fill every need they have. If ever there was a time to get a deal done with a player, that time is now and that player is O.J. Atogwe.