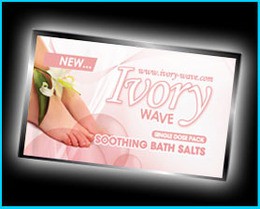 Missouri legislators yesterday held a hearing to consider a bill that would ban the sale of synthetic cocaine in the state.

The currently legal drug is often marketed as "bath salts" and contain a white powered laced with hallucinogenic chemicals. The proposed law (HB641), sponsored by state representative Ward Franz (R - West Plains), would codify the chemical behind the fake coke, mephradone, as a controlled substance. The bill would also ban new crops of chemicals that mimic the effects of marijuana that are not covered by a similar Missouri law passed last year regarding fake pot.

As Fox 2 reports, one legislator at yesterday's House hearing said trying to ban the growing number of synthetic drugs has become like a game of Whac-a-Mole.

Still, the need for the legislation is very real, says St. Joseph detective Frank Till, who testified at yesterday's hearing. Till has been researching fake cocaine in Missouri ever since a St. Joseph  man addicted to bath salts killed himself last October. During his testimony yesterday, Till said calls regarding fake cocaine made to Missouri's poison control hotlines increased 60 percent in just one month this year, with 469 calls in January compared to 292 in December.