Rams' Draft 2011: Linebackers At the Combine 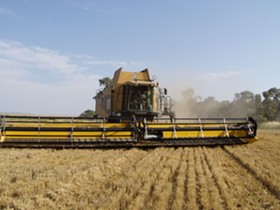 We all know the Rams desperately need help at the outside linebacker position. A combination of poor play and injuries resulted in an ineffective linebacker corps in 2010, and the defense suffered accordingly. Too often we watched the Rams get burned on passes underneath, as well as running plays run to the B and C gaps.
With a firm anchor set in the middle in James Laurinaitis, the Rams do have the foundation for an effective, perhaps even dominant unit. The middle or Mike linebacker in a 4-3 alignment is the tough one to find; he has to not only make the plays required of his position, but also serve as the quarterback for the defense on the field. Laurinaitis is well on his way to being one of the top players at his position in all of football; the question now is whether the Rams can find suitable flankers for him.
Yesterday at the NFL Combine one of the two groups of players running drills were linebackers. Here are a few thoughts on some players who might be of particular interest to the Rams.