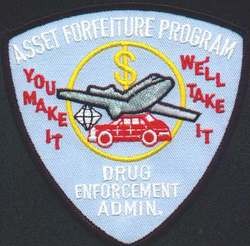 Last month, in a story about the Camp Zoe case called "Shakedown," the RFT's Keegan Hamilton detailed the shocking process by which federal and state law enforcement authorities may legally seize cash, land or other valuables from a citizen -- even in cases in which the citizen has never been charged with a crime.

It's called asset forfeiture. And as Hamilton reported, despite efforts on the part of Missouri's elected officials to both limit the process and redirect proceeds to local school districts, law enforcement agencies have continued to employ it regularly -- and, thanks to a less-restrictive federal law, get around the Missouri reforms and take the proceeds for themselves.

Now a report from the new Missouri auditor, Tom Schweich, suggests the asset forfeiture situation here is even worse than we realized. That's because many local prosecuting attorneys have failed to submit detailed reports of their takings, as Missouri law requires.

Additionally, state law requires local law enforcement agencies to obtain independent audits of forfeiture takings and send them to the auditor, the Missouri Department of Public Safety and the state attorney general.

Not a single audit has been submitted, Schweich writes.
The implications are troubling. As Schweich reports,

Without the required reports, it is impossible to accurately value the property seized within Missouri's borders and determine what percentage of that property is being turned over to federal agencies rather than going to the benefit of Missouri schools. It is estimated, however, that tens of millions of dollars were seized within the confines of Missouri's borders in 2010, but less than $26,000 went to Missouri public schools. Another $300,000 was returned to the owner and almost $1 million remained pending at this writing.

For the record, that dire conclusion about how little money made its way to Missouri's public schools is precisely what Hamilton reported in "Shakedown."

Eapen Thampy, spokesman for the Missouri-based Americans for Forfeiture Reform, tells Daily RFT that he began pressuring the auditor's staff to look at this issue, precisely because he knew what they'd find.

"I've done a lot of Sunshine Law requests," he says, "and I knew [the reports and audits] didn't exist because I've asked for them, and they haven't been done. Every law enforcement bureaucrat at every point in the chain of command has an incentive not to get them done. Tens of millions of dollars are vanishing from Missouri -- they're going to the DEA, and not a pittance are going to Missouri schools."

But Schweich's report may force prosecuting attorneys to start following the law. As his report notes, state law holds that "intentional or knowing failure to comply with any reporting requirement shall be a class A misdemeanor punishable by a fine of up to $1,000." If you're the prosecuting attorney in Benton, Carter, Gentry, Montgomery, Perry, Saline, Washington, Wayne or Webster counties, a.k.a. the guys who completely punted on filing the report in 2010, we imagine that'd get your attention.

As for the independent audits that local law enforcement agencies are supposed to be obtaining, as Schweich reports, if officials knowingly failed to comply, they too could face misdemeanor charges.

They should have been fully aware of the requirement, Thampy says. It was a big part of the reform bill pushed through the Missouri Legislature in 2001 after a blistering audit by then-Auditor Claire McCaskill revealed the scope of the state's asset forfeiture problem.

"The audit will make a difference if the Legislature takes a look at this again and says we have a severe problem with agency malfeasance, and if the governor has the willingness to address this issue," he says. "But the law is clear, and law enforcement agencies are willfully and continuously abusing it, and continuing not to be in compliance."