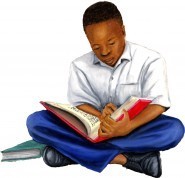 A new, free, college-prep-focused charter school set to open next year in south city has just secured a chunk of government money. South City Preparatory Academy received a grant of $125,000 from the Missouri Department of Elementary and Secondary Education as part of the Federal Charter Schools Program. The state board approved the school's creation in January.

This fall, South City Prep will open its doors to 100 kids in the fifth and sixth grades, adding a new grade every year until they have up to twelfth grade. The board is made up of city residents, including teachers, non-profit professionals and at least one Teach for America alum.

"Through a rigorous curriculum, high standards and an immersive college-bound culture, we're excited to work with our first two classes of students and show them how their education is a launching pad for success," Mike Malone, head of the school, says in a press release.

The school's web site says it's expected that every kid who graduates from South City Prep will "complete some form of post-secondary education after graduation."

The school hasn't yet settled on a physical location, but it will be in south city along South Grand Boulevard, the press release says. It encourages families in the 63118 and 63116 ZIP codes to apply.

For more information, check out one of three upcoming Saturday information sessions, all held from 10 a.m. to 2 p.m. at the Messiah Lutheran School gym at 2900 South Grand on March 5, April 9 or May 7.