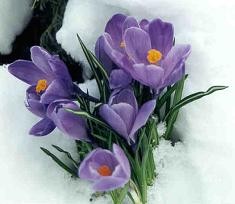 With temperatures plunging back into the 30s today we here at Daily RFT were desperate for some kind of sign that this miserable winter will one day end.

We think we've found it. Just as the first crocus blooms suggest the thawing of the spring, so too does baseball. Which is why we were so delighted to realize that the Cardinals begin Grapefruit League today.

The Redbirds take on the Marlins today in Jupiter, Florida. Starting pitcher is Raul Valdes, the lefty acquired from the New York Mets in the off-season and one of several players vying to fill in for Adam Wainwright out with a season-ending injury. Former Houston Astros slugger Lance Berkman will also suit up today for his first start as a Cardinal.

Sadly, though, you'll have to wait one more day before tuning into the action. KMOX, which re-acquired Cardinals' broadcasts from KTRS, won't air today's game. But tomorrow?

With Mike Shannon on the radio, you know that summer has to be just around the corner. Why it's almost enough for us to put down the coffee for a "cold frosty one." (Not that we ever need much of an excuse.)