Wisconsin Walkout: Could It Happen in Missouri? 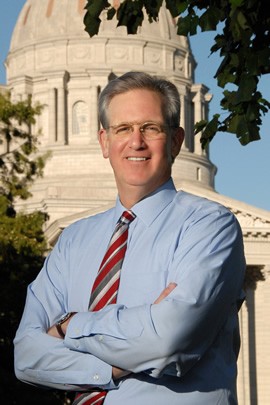 Catching up on the news from Wisconsin -- where Democratic state senators have gone on the lam rather than give Governor Scott Walker the quorum he needs to gut state workers' collective-bargaining rights -- we found ourselves wondering:

Could such a thing happen in Missouri?

The question isn't exactly an idle one. As Daily RFT's Chad Garrison has pointed out in a series of recent blog posts, the Missouri Legislature seems intent on marching to the beat of the Koch-funded agenda and stripping back workers' rights here, too.

And, as in Wisconsin, the Democratic representatives inclined to stop such actions here are in a distinct minority.

The problem as Bob Priddy reports at Missourinet, is that, unlike Wisconsin, there just aren't enough Democratic reps here to make a difference.

As Priddy reports, sure, they could try such a maneuver. But,

The big question is, why would they do it? The numbers for the minority party in both chambers are so small that members' absences would not keep either chamber from having a quorum. The majority party could just transact business without them.

So much for that strategy. (Also, Priddy writes, it appears that state law would allow the absentee legislators to be "sent for and taken into custody." Paging Dog the Bounty Hunter!)

A far smarter option in Missouri is surely letting any lousy bills get the necessary votes and then convincing Governor Jay Nixon -- himself, of course, a Democrat -- to veto them. In the past, Nixon has shown a willingness to do just that, vetoing 23 bills in 2009 and 4 in 2010. And since he's received strong support from public sector unions in past elections, it's hard to imagine he'll just roll over and play dead if the Legislature keeps going down the Wisconsin road.

It's less clear whether Nixon will be willing to use his veto power for legislation like the bill to repeal the voter-approved minimum wage law, which currently mandates increases if certain conditions are met. The governor reads the newspaper; he's got to be aware he's presiding over an increasingly red state.

Progressives surely don't like to hear this, but with a Legislature this reactionary, Nixon will have to pick his battles.