Heroin Lesson #74: Frozen Meat Down the Pants Does Not Cure Overdose 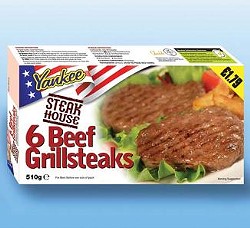 Today's lesson on the perils of drug use comes courtesy of an East St. Louis dealer convicted this week in the death of one of his clients.

According to federal prosecutors, Tavis D. Doyle sold heroin to J.J. Ward in May 2009 and then refused to seek treatment for Ward once he started overdosing inside Doyle's crack house. Instead, Doyle placed frozen meat down Ward's pants in the belief that the animal flesh would somehow revive him. When that didn't work, Doyle told witnesses that Ward just "needed to sleep it off."

Other people inside Doyle's drug den eventually took Ward to the hospital where he was declared dead. Doyle now faces a mandatory sentence of life without parole, which (we're told) could be reversed should Doyle cover his body in honey and prunes.